Thousands of fans of the popular BBC TV series Antiques Roadshow braved the heat to show off their heirlooms and car boot treasures to experts at National Trust Cymru’s Powis Castle and Garden.

Filming for the 45th series of the Roadshow began a few months ago and, for the first time in the show’s history, eager audiences were invited to apply for tickets to ensure they could attend.

Amber heat warnings didn’t stop the fun, as enthusiasts from across the country made the trip to see how much their prized possessions were worth and have a chance to be filmed for the program.

“It was a pleasure to work with the BBC to bring the Antiques Roadshow to Welshpool.

“A huge thank you to the volunteer stewards and staff who endured a long day in scorching conditions to ensure the event ran smoothly. It’s safe to say that we’re all excited to see the show airing on TV soon.

Several items from Powis Castle’s world-class collection and internationally acclaimed garden were filmed for three episodes of the popular show, along with items brought in by ticket holders.

Audiences will have to wait until the show airs on BBC One to find out what discoveries have been made.

Filming took place in the formal Edwardian garden, famous for its lawns, rose beds and century-old apple trees, with views of the medieval castle and 17th-century Italianate terraces in the distance.

First broadcast in 1979, Antiques Roadshow remains one of BBC One’s most popular factual programs, with some six million people watching it regularly on Sunday evenings. 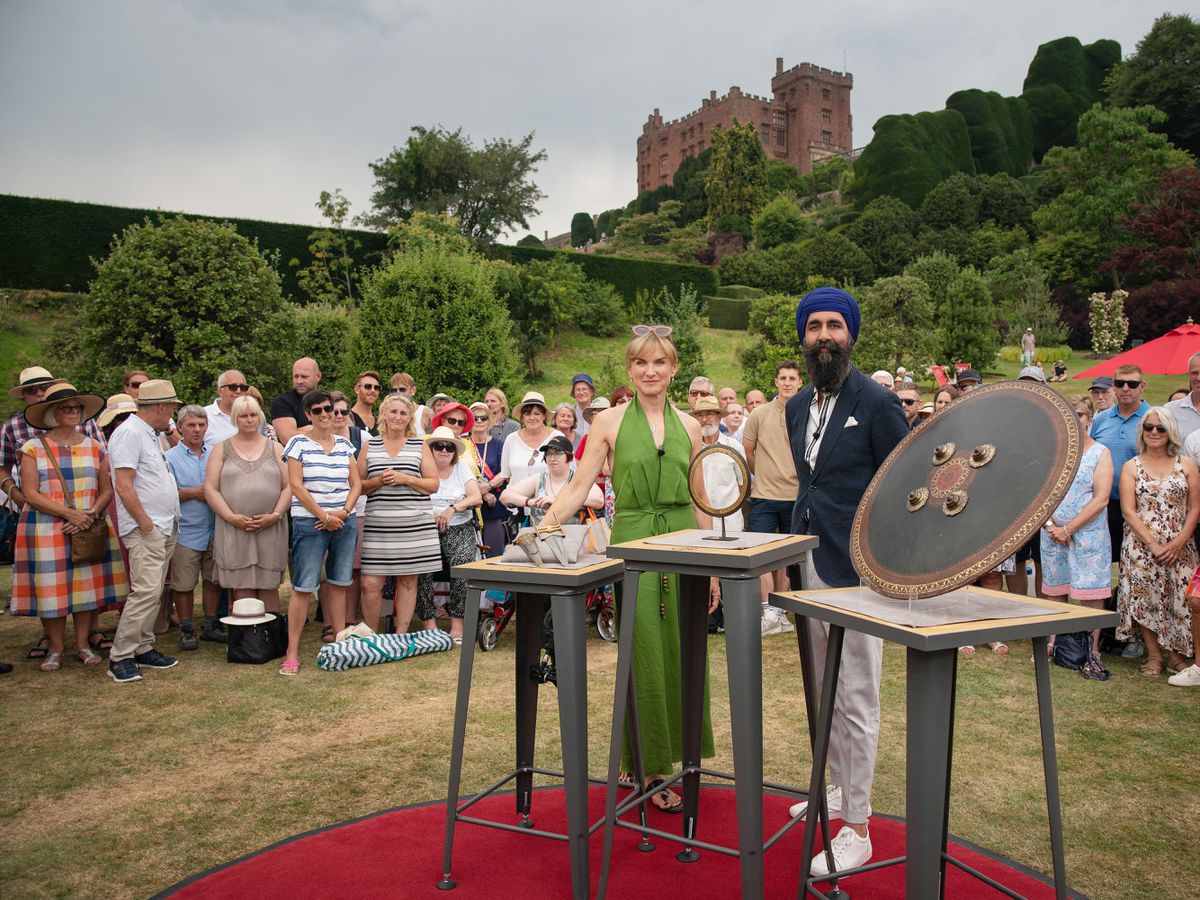 Fiona Bruce and Runjeet Singh at the Powis Castle and Garden for Antiques Roadshow photo: …