Fiona Bruce is loved by many for her time at the legendary BBC Antiques Roadshow, which she has presented since 2008.

However, Fiona, 57, has also run many programs that may not be so family friendly, such as Crimewatch and Question Time.

The journalist is used to tackling difficult subjects, grilling politicians and asking sensitive questions of her guests.

The nature of his role has certainly led to some heated conversations throughout his career.

One of the most notable is his exchange with Lord Alan Sugar.

In 2009, Fiona followed Lord Sugar for a documentary about her life, but things got a bit heated after the couple spoke with employers asking women if they were planning on having children.

Alan said the answer would be ‘my childcare arrangements are perfect, they are fine’, and Fiona replied, ‘Well, my answer would be’ it’s none of your business, actually ”.

At MyLondon, we do our best to make sure you get the latest news, reviews and features in your area.

Now there is a way to stay up to date on the areas that interest you with our free email newsletters.

We have seven newsletters that you can currently subscribe to – including a different one for each area of ​​London and one dedicated entirely to EastEnders.

Local newsletters go out twice a day and send the latest stories straight to your inbox.

From community stories and news spanning every part of London to celebrity and lifestyle stories, we’ll make sure you get the best every day.

To subscribe to one of our newsletters, simply follow this link and select the newsletter that suits you.

And to truly personalize your news experience on the go, you can download our top rated free apps for iPhone and Android. Find out more here.

Recalling the tense encounter, Fiona told Express.co.uk: “Alan Sugar letting the limits of his private jet tear apart is something I can tell you.”

“I asked him why women should declare their intentions to their employer to have children and he got very angry – I received the hair dryer treatment.

“But what you saw on the show was just the end of the argument because the battery lit up on the camera when it was most angry. He probably wondered why we didn’t. ever used it and that’s one of the biggest regrets I have to date.

Fiona also had a slightly awkward exchange with the late Prince Phillip, after interviewing him for his 90th birthday in 2011.

She called the Duke of Edinburgh “sharp” and said it was clear he “didn’t want to be there”.

When asked by Fiona if he felt like he was successful in his role, he replied, “I don’t care. No matter what I think about it, I mean it’s ridiculous. “

He said, “It has no effect in China if that’s what worries you,” and said he “forgot” it.

Fiona then met Prince Phillip again at the jubilee party at Buckingham Palace and described him as “really, really happy”.

While Fiona has dealt with some of the toughest characters in the UK, she obviously hasn’t let encounters shake her empathy.

In fact, she once remembered a scene from Antique Road that never aired that would have made “big TV”, but she found it “too cruel” to show.

Speaking to The Guardian, she remembered a smartly dressed man arriving on set and presenting a glass bottle he had bought for £ 1,000 at an antique store.

The show’s glass expert looked at “the antiquity” and said, “I’m afraid it was an empty olive oil bottle, Tesco, circa 2008. It doesn’t mean anything at all.”

Fiona suggested that while the incident would have caught the attention of viewers, it was too unfair for the man to show it.

She said: “I guess we could have broadcast it – but it was just too cruel. The guy was devastated.

“There’s a tiny bit of my brain realizing that it would’ve made great television,” she added.

“But that’s just not the subject of the show. Poor guy, poor guy. The thing is, if you come to the Roadshow, we’re not going to humiliate you.

“The thing with the Antiques Roadshow is not to humiliate people.”

You can watch the next Antiques Roadshow episode tonight at 8 p.m. on BBC One.

Want more MyLondon? Sign up for our daily newsletters for all the latest and greatest from London here. 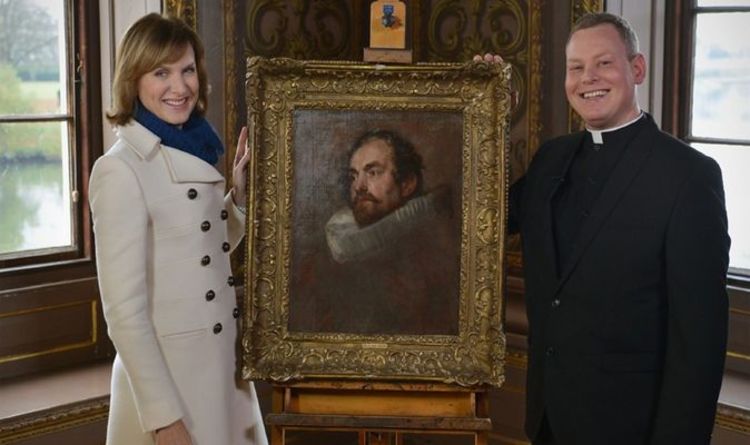