Simon Morsink is a Dutch art historian and icon expert. Most recently director of the Morsink Icon Gallery in Amsterdam, the Netherlands, he was named the new executive director of the Museum of Russian Icons in Clinton, Mass. He took up his new role on July 1, replacing founding director Kent Hard Russell, who announced his retirement after 16 years at the museum. We sat down with Morsink, the foremost expert on Russian icons, Greek icons, Ethiopian and Byzantine art, to ask him about his 30 years at the helm of the Amsterdam gallery and what lies ahead. visitors to the Museum of Russian Icons.

Private collectors and museum curators from all over the world are undoubtedly familiar with your Amsterdam gallery. Can you tell us a bit more about its origin and how you developed your specialty?

My father, Jan Morsink, started the business in 1977. He was totally fascinated by Byzantine art and Russian and Greek icons. When I was a kid, my dad used to discuss every new purchase with us at the kitchen table. He encouraged me to look very closely at the paint, the wood of the panel on the back, and to scrutinize the layers of paint to see if there would be layers of paint underneath. He thus aroused my interest in the world of Orthodox art. After studying art history and Slavic languages ​​at university in the Netherlands and Belgium, I took over the family business in 1994, together with my brother Hugo. In the same year, I exhibited for the first time at the famous TEFAF Maastricht art fair, a flying start, so to speak. I was 27 and had my most successful art fair ever.

How about the “golden age” of Russian icons?

It is undoubtedly the 15th century. This is the era of Russian icon painters Andrey Rublev (circa 1360-1430) and Dionisy (circa 1440-1502), considered the greatest of all time. The first painted the archetype of the Trinity icon (now in the Tretyakov Gallery in Moscow) in the early 15th century, one of the most famous icons in the world. Dionisy is known for his brilliant frescoes and icons, which he painted together with his sons for the Ferapontov Monastery in northern Russia. His son Feodosy participated in the execution of the frescoes for the Cathedral of the Annunciation in the Moscow Kremlin in 1508.

What does the current market for Russian icons look like?

The market for Russian icons is not in great shape, I’m afraid. After Russia started the destructive war in Ukraine, doing business became more and more complicated. Furthermore, in recent years the administrative and regulatory burden in the international art trade has increased considerably. That said, the market for high-quality, and above all exceptional, icons is still remarkably strong. The fact is, however, that it is extremely difficult to find such parts.

Can you tell us about some of your publications on this subject?

Of course, I believe my two most elaborate publications on the incredibly rich world of Orthodox icons are: The power of icons, Russian and Greek icons XV-XIX centuriesfrom 2006, and Collect old iconsfrom 2011. In recent years we have published our catalogs only online. 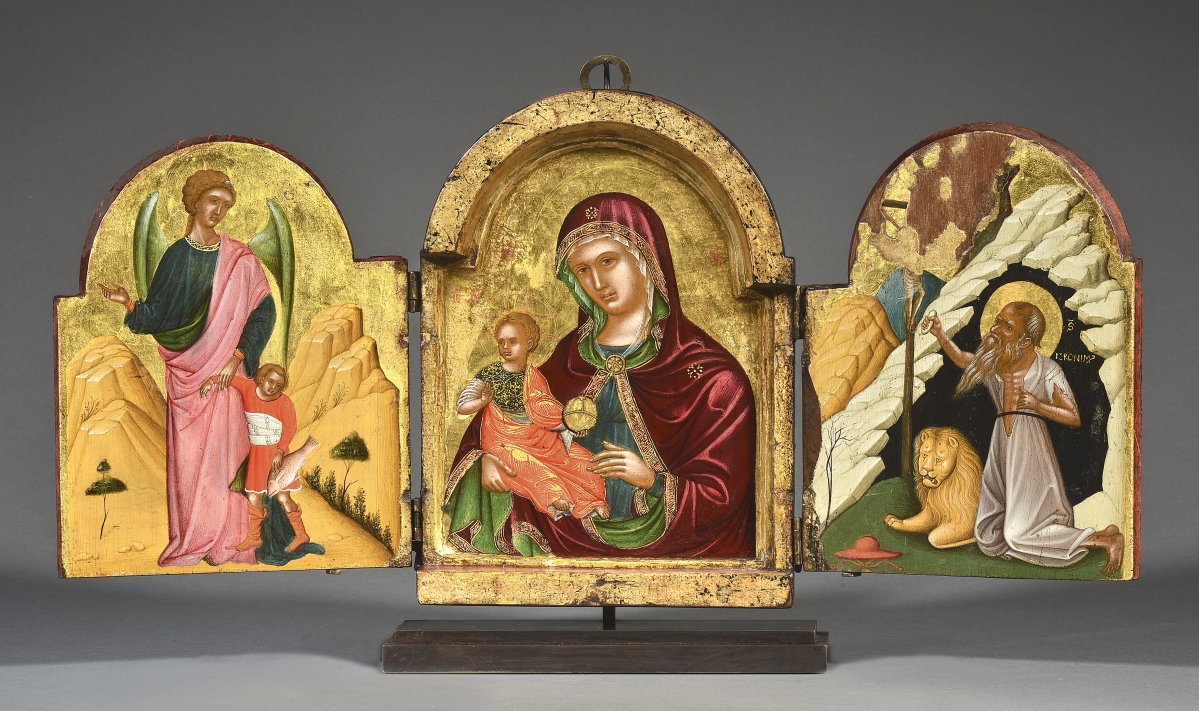 Knowledge, business acumen, entrepreneurship and professional network are all important qualities in museum management. Which, if any, are the easiest to use?

All four are very important qualities indeed, and I cannot choose. But being the general manager of a specialized museum, I believe that in my case everything starts with knowing the icons. It is a complicated and at the same time very interesting world. You need deep knowledge to understand how to navigate this world.

How is the museum rebuilding after the pandemic, the death of its founder Gordon Lankton and the retirement of longtime director Kent dur Russell?

Being the only specialized icon museum in the United States, icons and Orthodox art are the real selling point of the museum. A solid foundation has been laid over the past 16 years by its founder Gordon Lankton and our founding director Kent Hard Russel. However, to remain relevant in today’s highly competitive museum world, I am convinced that at this juncture, it is imperative that the Museum of Russian Icons sets itself new strategic goals. The pandemic and the war in Ukraine have turned our world upside down. I am driven by challenges and look forward to working on our relevance not only to current audiences but also to our future generations.

You pointed out that your professional background is shared with certain members of your family. Can you tell us about that?

My brother Hugo has been my partner for over 30 years. We did so many exhibitions in the gallery in Amsterdam and in art fairs in Europe together. He has a great sense of humor, and I’m sure I’ll miss him very much in my new role in the United States.

In your experience as an art dealer, what was your most important acquisition? Your most rewarding contribution to a private collection?

A few years ago, I discovered at an auction in Paris a small triptych representing the Virgin, covered with blackened varnish and dirt. I was lucky enough to be the highest bidder in the sale, and after having it cleaned, I was struck by the refinement of the paintwork and the vivid color palette reminiscent of the work of the famous Cretan painter Nikolaos Tzafouris (1447-1501). I sold it to one of my top private clients in Belgium and every time I visit his house I can’t help but stop and admire it. But without a doubt the most important icons I have sold are the four Byzantine icons purchased by the Metropolitan Museum of Art in 2013. They are absolutely fabulous. It is a great privilege to have handled such treasures.

Does the museum do anything to support the Ukrainian people?

Immediately after the start of the war, we issued a strong statement on our website condemning the military aggression against the sovereign country of Ukraine and expressing our support for the Ukrainian and Russian people who oppose this act of senseless war. A large Ukrainian flag near the entrance to the museum highlights this support. There is also a list on the website with reputable organizations working to help Ukrainians. In addition, on July 9, Oleksandra Kovalchuk, Acting Director of the Museum of Fine Arts in Odessa, Ukraine, volunteer leader and fundraiser of the NGO Museum for Change, will give a lecture on how Ukrainian museums adapt to war and what we can do to help protect Ukrainian heritage and history.

What will you miss the most in Amsterdam?

My daily walk along the historic 17th century canals and bustling, village atmosphere of the city.